What will be realme X7 Android 12 update date?

Ever since the Realme UI 3.0 launch in October last year, Realme users have been patiently awaiting the release of the Android 12 update on their devices. However, much to their dismay, eight months since its launch, there are still many devices that are yet to receive any software update notification. One such series is realme X7 series. Android 12 update for realme X7 Max has been rolled out in mid-May. It is the realme X7, realme X7 5G users that need to be confirmed about stable rollout schedule.

The stable version of Realme UI 3.0 is still in development and will be rolled out after all major bugs reported from the early beta access program are fixed.

Another 2021 launched series, the Realme X7 series too, came out of the box with Android 10. The Beta version for Realme UI 3.0 update has been live for quite some time now (available since March 2022). Out of these, Realme X7 Max has already received its stable Android 12 version. The other two are expected to receive theirs shortly.

In mid-May the Open Beta application of realme UI 3.0 based on Android 12 for realme X7 was rolled out to limited users. The testing is still in progress. It is speculated that Realme might roll out the realme x7android 12 update may likely be by the end 3rd quarter, September 2022.

When will realme X7 5G receive the Android 12 update?

On 31st May 2022, the Open Beta application of realme UI 3.0 based on Android 12 for realme X7 5G was rolled out to limited users. The testing is still in progress. It is speculated that Realme might roll out the realme x7 5G android 12 update may likely be by the end 3rd quarter, September 2022.

realme X7 Max users received the stable version in mid-May. If you have not received a notification, check for the software update section in Settings.

On 26th May 2022, realme informed realme UI 3.0 testing is still in progress on realme X7 Pro. It however confirmed that Realme will roll out a stable version on realme X7 Pro by the end of June 2022.

According to the current testing situation, the realme UI 3.0 stable release version of realme 7 Pro & realme 8 Pro is still under testing phase. In order to provide you all with a better product experience, the version is planned to be released by late June. Thank you for your patience, we shall keep you posted with further updates soon.
Post on realme

How to do realme Android download on Realme X7? 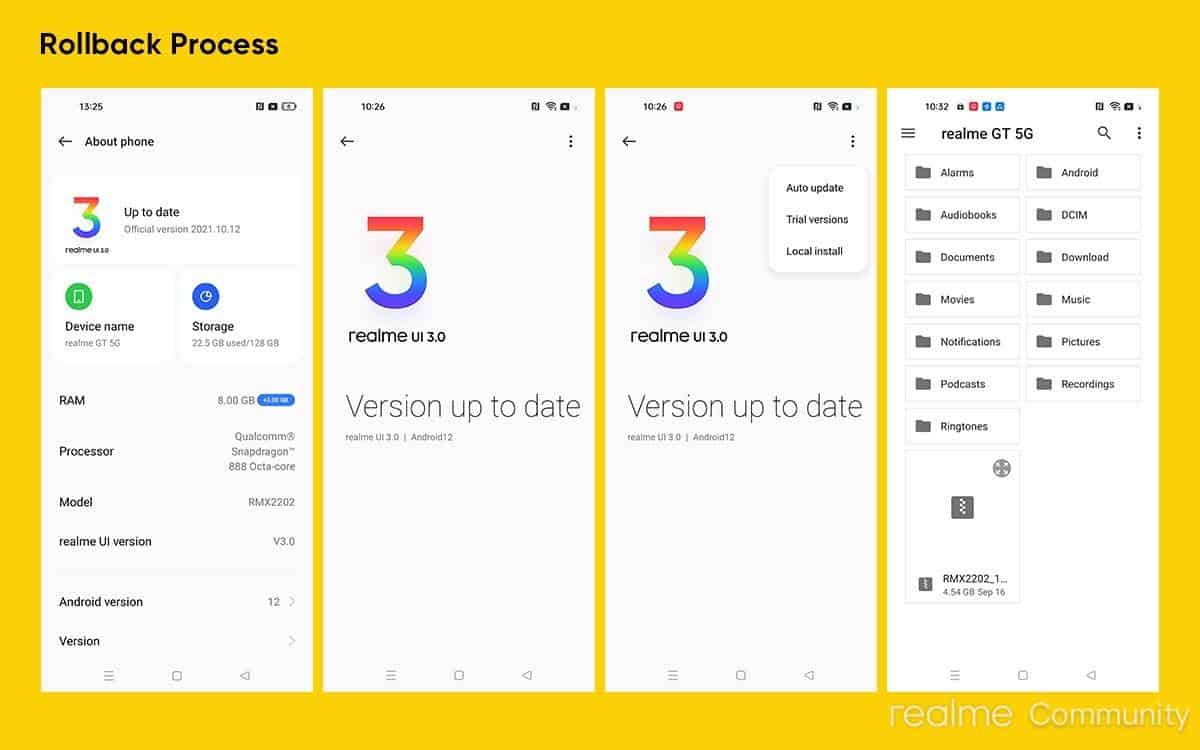 Click on the “Download and install” button. Once the download is complete your device will restart to complete the process. After the installation is complete your realme X7 and realme X7 5G will be updated with the latest Realme 3.0 and security patch.

These are the models for which we can expect a global Android 12 update release by September 2022. We will come back next time with more information about realme x7 realme ui 3.0 update. Till then, share with us your ordeal and happiness, and stay in touch with us.

Rashmi
Crazy about technology, sports, cinema, my colleagues, and useless anecdotes. Far too connected and curious. When I'm not on my smartphone, you can find me tinkering anything tech!
Previous article
Mirzapur Season 3 Release Date to be announced soon! Get all details on Plot, Cast, Trailer And More
Next article
Is Roblox Down again? Roblox Service is unavailable for all!