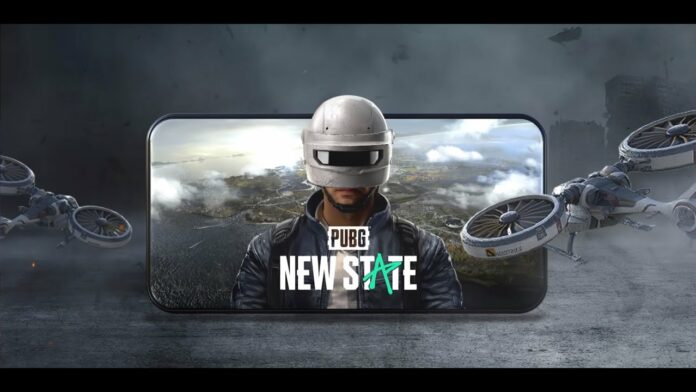 Fans of the battle royale genre are looking forward to the release of PUBG New State Mobile. Why so? Because it affirms enhanced graphics over the conventional PUBG Mobile version. The devs are promising the new game built on “global illumination” technology that will “surpass what was previously possible in mobile gaming graphics.”

The announcement about the PUBG New State Mobile release can happen anytime now.

When is PUBG New State release date on Playstore?

There is no official confirmation on the PUBG New State Mobile launch date by Krafton. However, Krafton had earlier released the following statement giving an open timeframe about the game getting launched in the second half of 2021.

“As announced previously, we are planning to launch PUBG: NEW STATE in the second half of 2021. We are working hard to provide the classic battle royale experience besides next-generation gameplay, rich content, and graphics that exceed the limits of mobile gaming.”

PUBG New State Mobile release date was speculated to be on 31st October 2021. It was done on the basis of visibility to all iOS players who had pre-registered themselves on the App Store. There is an announcement just below the logo on the left side with the text “Expected 31 Oct 2021”. The date is a mandate by Apple PlayStore, though it might turn out to be tentative.

PUBG: New State gameplay has a date on iOS and Android

@heyitsyogesh has tweeted with an almost confirmed trailer launch and release date. As per him, PUBG NEW STATE Mobile Trailer will be unveiled on 21st October. As per his sources, the Game will launch on Play Store & App Store on 11th November 2021.

The global launch of PUBG New State, free-to-play mobile game, got confirmed yesterday by Krafton. It will be released on iOS and Android platforms on Thursday, November 11th, announced by Krafton.

It will be launched across the globe in 200 countries. There is one final technical test left to be conducted planned for 2 days namely 29-30 October in 28 countries. This does not include India and US. The gameplay will debut in 17 different languages across the gaming community.

In the meantime, pre-registration had been made live in February on Google Play Store and Apple App Store for Android and iOS users respectively.

For those who still have not pre-registered, find the links to pre-register on PUBG: New State below

On successful pre-register, you will be entitled to a permanent Limited vehicle skin.

During the start of the pre-registration in February, it was not clear whether the game would be released in India because of certain restrictions. Now that it has been confirmed, Indian mobile gamers cannot wait to find out the release date. It will be around 4 months after Krafton launched the revamped version of Battlegrounds Mobile India.

Ending nearly seven months of speculation, Krafton opened PUBG New State pre-registration last month. Just like the original game, players will drop into a battleground with other players, but this time the game is set in the year 2051. Once they land, players will have to make the best use of the terrain, interact with a variety of objects, and use their best strategy to outsmart their opponents and win the match.

PUBG New State players can expect to see incredibly realistic graphics along with familiar weapon customization, vehicles, and even tools like drones.

PUBG New State is expected to be a major step-up from BGMI. It has a new physics engine that will dramatically improve how guns interact, grenade explosions, etc. With an upgrade in graphics, it should come as no surprise that the game is much more demanding with respect to resources than its predecessor.

To run PUBG New State, you’ll need a high-end device. For Android phones, at least 2GB RAM running on Android 6.0 or higher, CPU be at least 64-bit (ABI arm64 or higher). Since gameplay is heavily graphics-intensive, for minimum lag or jittery experience ensure that you have at least 4GB RAM. Ensure you have a decent battery size.

For iOS users, the game will work great on iPhone 6S or later with iOS 13.0 or newer. The game can also be played on iPad running on iPadOS 13 and newer version

Technically speaking these are minimum system requirements and may undergo changes in future depending upon the updates rolled out.

However, there is no word on whether there will be a PUBG New State Mobile Lite version for lower-powered devices like its predecessors. PUBG New State: PC version has also not been confirmed yet.

To download it, you will need at least 1.2GB of free space which can easily increase to 4-6GB in a few months as the game will receive new maps, skins, updates, and patches.

How to download PUBG New State APK and OBB links?

The game is in its early testing stage and Android gamers can try the gameplay by downloading the PUBG New state APK and OBB files. However, these files are yet not from official sources. One should be aware of the risks of downloading from the internet and the possibility of a loss of data, privacy, and security.

Check out the steps to download and play the PUBG New State Alpha Test on an Android smartphone.

How to download PUBG New State APK and OBB links?

Step 2: Install the app by tapping on the PUBG New State APK file

These files are from unknown sources, hence allow installation for the only time!

Go to Android folder on phone storage
Open the “obb” folder
Paste the OBB file inside a folder – “com.pubg.newstate.beta”.
If the folder doesn’t exist by default, create it before pasting the OBB file

Save space and delete the downloaded files

The number of PUBG New State Mobile pre-registrations have crossed 40 million globally. It is evidence of the popularity of the PUBG franchise that has only a few competitors, such as Fortnite and Garena Free Fire. But if we talk of India game scene, Free Fire is the only one to fight for the top spot.

Garena launched the premium version of Free Fire Max on 28th September. It has improved graphics, animations, and more. The biggest advantage it has over PUBG New State is its minimalistic system requirements in comparison to PUBG: New State. Free Fire Max’s reach to small-town players with low-end phones is the turning factor.

On the other hand, PUBG New State carries a futuristic version of PUBG Mobile with more game modes and better graphics. However, a debate is on about which of these two will capture the player base.

Akshat Singh
Hi, I am Akshat! During the day I am your average college student but during the night... I̶ ̶p̶r̶o̶t̶e̶c̶t̶ ̶t̶h̶e̶ ̶w̶o̶r̶l̶d̶ ̶f̶r̶o̶m̶ ̶t̶h̶i̶n̶g̶s̶ ̶t̶h̶a̶t̶ ̶y̶o̶u̶ ̶d̶o̶n̶'̶t̶ ̶w̶a̶n̶n̶a̶ ̶k̶n̶o̶w̶ ̶a̶b̶o̶u̶t̶ I become a gamer and a trader. My love for gaming began when I got a racing wheel for Christmas in 2008 and my love for trading began when I invested some money in Shiba Inu and it grew by 45% in a single night. Also, I am always up for debate on topics that fascinate my like aviation, the automotive industry, cars, trading, and gaming 🙂