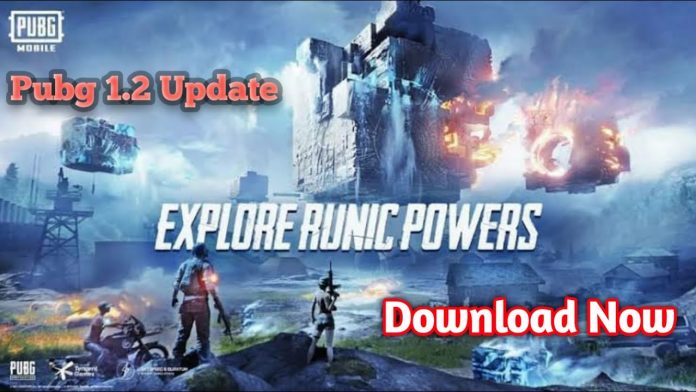 PUBG Mobile 1.2 Global version update is out but its access in India continues to be evasive. People all over the world are trying to get their hands on it when the update becomes available on the Play Store. India, however, continues to live under a shadow owing to the ban in place.

The latest improvements made to the game promise a galore of new weapons, rewards, and fixes that eliminate any annoying bugs that pop up. While the PUBG Mobile community in India is slowly dissipating there still remains a few aficionados of the game who continue to persist. However, there is good news for gamers who had not deleted the game in the hope of playing it someday.

In the meantime, catch up with the guide on the global version of the PUBG Mobile.

The new global update currently shows improved arms and ammunition, especially the FAMAS. The new assault rifle will be powered with a rifle Muzzle, Scope, and a rifle Mag. The inclusion of Runic Power also makes a re-appearance in the Global update.

introduction of a new assault rifle which is going to use 5.56mm ammunition and will be loaded with 25 rounds. It has been touted as the fastest rate of firing among rifles in the game.

The PUBG Mobile Global 1.2 APK is also available for download from the link https://web.gpubgm.com/m/Website/xiaobao/PUBGMOBILE_Global_1.2.0_uawebsite.apkTo play the game on your mobile, you need at least 613 MB space. If that fails, however, try visiting other websites such as apkmirror.com or talkesport.com where they have the link that directly downloads the APK file.

These links can be accessed via a reliable VPN. There are reports that gamers can continue to enjoy Classic and TDM versions of PUBG Mobile. Players who have tried their hands on have also reported no pop-ups to show restricted areas. However, do keep in mind using VPN to download a banned version of the game is illegal in India. The action if detected may invite penalty.

For those who cannot resist themselves, follow the given steps to prevent any faulty error while executing PUBG Mobile global 1.2 downloads and installation.

If you come across an error while installing the APK file, repeat the steps mentioned above.

In the meantime, check latest on PUBG Mobile India news!

After the PUBG Mobile ban in India, desperate fans were trying to access the game via VPN, though it is illegal. But the VPN option also stands banned now.

Recently, while replying to an RTI filed on playing any other version of the PUBG Mobile game, the Government of India confirmed it was “not illegal”. It had banned only one version of the app. In other words, it is legal for players to play PUBG Mobile’s Korean version.

The game carries the PUBG Mobile ban in India. Regardless do have fun playing it, and let us know in the comments if it worked out for you too. Do keep on visiting our website if you’d like to see more info like this.

Jujutsu Kaisen is from the genre of supernatural horror shōnen anime from the studio of MAPPA. The studio is the proud owner of titles Dororo, Banana...
Read more
Gaming

Jujutsu Kaisen is from the genre of supernatural horror shōnen anime from the studio of MAPPA. The studio is the proud owner of titles Dororo, Banana...
Read more

Leading Podcast Hosting Platforms You Need to Know About

So….you may be thinking about storming into the world of podcasting, you wish to send your message to people all around the...
Read more

The makers of My Hero Academia have come out with exciting news about their next. It is all set to roll out...
Read more
Load more