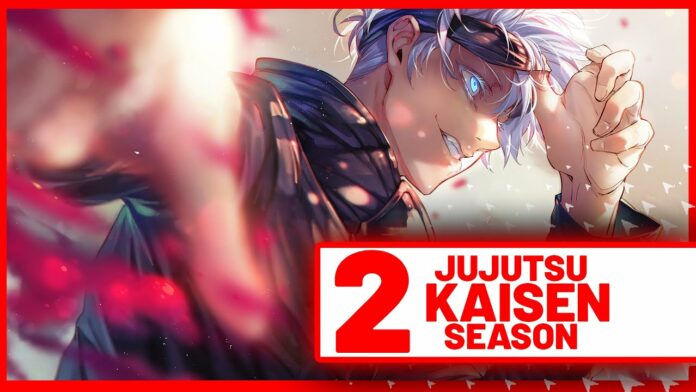 Announcement of the insanely hit shonen anime Jujutsu Kaisen Season 2  has driven fans crazy with excitement. Jujutsu Kaisen continued on to outdo every other anime and won six awards in the Crunchyroll Anime Awards 2022. After the release of the franchise’s movie named ‘Jujutsu Kaisen 0: The Movie’ in December 2021, immense anticipation has developed for its return. And greatly enough, the success of Studio MAPPA can be seen as Jujutsu Kaisen Season 2 is now officially confirmed to return in 2023!

Now, we are just as excited for the return of perhaps the best shonen anime of the decade. But the announcement of the release of Jujutsu Kaisen Season 2 has set off numerous questions regarding details which we talk about in the article.

How many episodes will Jujutsu Kaisen Season 2 have?

Jujutsu Kaisen is one of those anime series that took no time to make a global impact. The horror-fantasy show in dark settings is very reminiscent of Tite Kubo’s classic Bleach, and effectively captured the hearts of millions of fans. Now, the first season of Jujutsu Kaisen had 24 episodes in total, divided among two cours.

Where can I watch Jujutsu Kaisen Season 2 dub for free?

The official confirmation of the release of Jujutsu Kaisen Season 2 has been posted in the news forum of one of the biggest anime streaming platforms, Crunchyroll. The first season of Jujutsu Kaisen Dub and also with English Sub is officially available to watch on Crunchyroll. Apart from English Dub, 5 more languages are streaming. They include Russian, German, French, Portuguese and Spanish dubs.

Jujutsu Kaisen 1 aired at the turn of 2020 and 2021, with 24 episodes split into two cours. The popularity pushed MAPPA Studio to make a Jujutsu Kaisen 0 movie based on the events of some prequel chapters designed by Gege Akutami.

The movie interrupted the flow of the main story temporarily. Fans were sure that as soon Season 1 last episode airs, the makers will announce the making of Jujutsu Kaisen season 2. For now, the next episodes will arrive in a generic “2023”, with the exact date not yet known.

The latest update from the Weekly Shonen Jump News Twitter Page indicates that the second season will likely not premiere on the Winter Slate in 2023. Assuming that there is one more year before we get to watch Season 2, in the meantime, there are speculations when Jujutsu Kaisen season 2 could debut.

Initially, some sources spoke of a “winter 2023”, effectively referring to January, the start date of the winter season of anime in Japan. January 2023 cannot be ruled out when we see Jujutsu Kaisen season 2. In fact, considering the year of preparation, it is difficult to go beyond winter 2023 or spring 2023. On the safe side, fans should prepare themselves to wait at least till April 2023 for the release of Jujutsu Kaisen Season 2.

However, if the studio encounters problems leading to postponement towards summer 2023 or even autumn 2023 cannot be excluded, however, this situation seems very unlikely given the organization of Studio MAPPA.

Is there a Jujutsu Kaisen Season 2 trailer?

No, the franchise has not revealed a teaser except for the renewal of the season. It is expected that with the announcement of dates, a teaser trailer will also be released. Till then, stay tuned to this space!

Meanwhile, Jujutsu Kaisen 0 movie will release in theatres in North America and UK on March 18th, 2022.

What is the Jujutsu Kaisen plot?

The main storyline of the popular shonen anime revolves around the high schooler Yuji Itadori who ends up swallowing the finger of demon Sukuna in order to protect his friends. However, this serves as his entry into the world of Jujutsu sorcery and demons and he soon realizes the threat he poses after his feat. The event soon lands him in the Metropolitan Magic Technical College or Jujutsu High where he vows to eat the remaining fingers of Sukuna to exorcise himself and get free.

Jujutsu Kaisen Season 2- Which story arcs and how many chapters will be adapted?

If we assume that JJK 2 has 24 or 25 episodes similar to its predecessor JJK 1, then the narrative arcs would surely be two. The first narrative arc has 15 chapters, while the second is built of 58 chapters. The two arcs that will be covered are “Hidden Inventory” and the “Shibuya Incident”. The latter arc is highly anticipated because it carries the real pivot of the whole anime, going by manga. If these two arcs are combined for 24 episodes then Jujutsu Kaisen 2 would adapt 73 chapters in total. It will be 10 chapters more than Jujutsu Kaisen 1 which had adapted 63 chapters only.

Although remote, there still exists a possibility Jujutsu Kaisen 2 to integrate Movie 0 somewhat similar to what was done by Ufotable to Demon Slayer Season 2. But it will not go well with the fans.

Are there Jujutsu Kaisen Season 2 spoilers?

The success of the first season can be seen with Jujutsu Kaisen being listed on IMDb with a superb 8.7 rating. Meanwhile, the Jujutsu Kaisen 0 movie is based on a prequel storyline called “Tokyo Metropolitan Curse Technical School”.

Judging by the events that followed in the first season of the anime, the plot of Jujutsu Kaisen Season 2 is likely to be based on the “Shibuya Incident” Story Arc and “Gojo’s Past” Arc. We will see the popular protagonist Itadori Yuji return with his companions in an intense storyline with major losses the fans are hardly ready for. For fans of Jujutsu Kaisen, the second season will definitely have huge events with lasting effects on the series and its characters.

The combination of Gojo’s Past arc along with the Shibuya Incident arc will finally reveal the truth about the antagonist Getou- who he is and what he wants. If MAPPA pulls of the animation of Jujutsu Kaisen Season 2 as well as the previous season, it can become a non-debatable gem of the anime industry.

The plot of Jujutsu Kaisen Season 2 is definitely enthralling for its viewers. It is filled with intense fights and tragedies that will keep fans on their toes as they get to see the merciless bloodshed of the characters.

Jujutsu Kaisen Season 2 has definitely set off tremendous hype among anime fans. The first season of the anime managed to go toe-to-toe with the popular Attack on Titan Final Season Part 2 and gain worldwide popularity. Are you excited about Jujutsu Kaisen Season 2? Comment your predictions below! 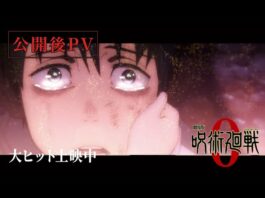 What is the global premiere date & time of Jujutsu Kaisen...