Why Snapchat keeps crashing on my iPhone? Here are ways to fix it in 2022

We know that you love using Snapchat! Yet it may have displayed several errors and stopped working on your iPhone. It can be irritating to relaunch the application, again and again, only to find that the Snapchat keeps crashing issue on iPhone and Android hasn’t been resolved. Worry not, because we have come up with 5 amazing solutions to bring the app back on track!

However, before starting on any of these solutions, you may not have identified the reason for these frequent crashes. Yet with our list of solutions, you are sure to resolve the issue in a jiffy!

Before fixing the “How” part let us first understand what is causing Snapchat to crash on iPhones or even an Android. The crash is pretty common and the reasons behind it vary from time to time. It may be an annoying bug, your VPN service, a third-party software, or some other underlying issue and the annual OS rollouts.

For so many reasons it is difficult to attribute a single root cause behind the Snapchat app keeps crashing issue. Obviously, a single workaround will not solve the crash, Here are a few tips to troubleshoot the Snapchat crashing issue on iPhone. Let us understand in the comments box below which one worked best for you.

What to do if Snapchat keeps crashing on phone?
Few recommended, tried and tested solutions to Snapchat crash on smartphones.

Get rid of third-party Snapchat apps

These include applications like Snapchat insights, Snapchat Analytics, Story & video saver or Make new friends on Snapchat.
When you log in to these apps, you send a security alert to your main account, wherein the functioning stops until you delete the third-party apps.
Here is how you delete these 3rd party apps
Tap on the 3rd party app icon, hold-> Select Remove App -> Delete App -> Delete

Turn off the VPN on your iPhone 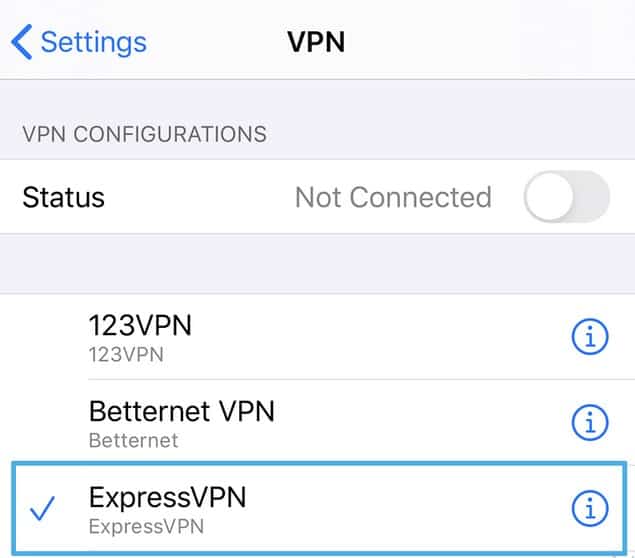 We understand that VPN ensures your privacy. But unfortunately, sometimes it creates a conflict with the security system of social media apps. That being said, you must turn off the VPN on your device and check if the issue has been resolved.
Here’s how to turn off VPN in case you are not aware
Head straight to Settings -> General -> VPN & Device Management -> VPN. 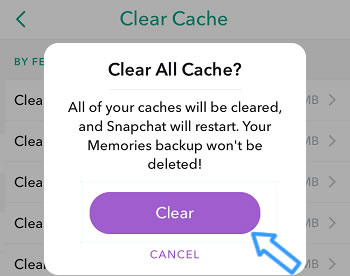 Cache data is one of the main reasons why your Snapchat keeps crashing. You may have the app on your iPhone for a long time now, and the cache data may not have been cleared. It is advised to clean it by following these steps :

Launch the Snapchat application on your iPhone. Head to Your Profile section on the top left. Now tap on the Settings icon
Get to the Account Actions section, and tap Clear Cache.

The best part is that your Snapchat will start functioning smoothly after this, without harming your private files!

Delete and Re-install Snapchat on your iPhone Sometimes if you wonder, “Why does my Snapchat keeps crashing when I take a picture? “, then the reason might be just a bug, causing simple technical hassles.
The easiest way to resolve it is by uninstalling the app and getting the latest version from the app store. This not only eliminates the bug but also gives you access to the new features that have been rolled out.
Another useful method to prevent Snapchat from crashing is to uninstall the app from your device and then reinstall it from the App Store.

Delete the Snapchat App
Tap the app on the home screen > Press it for a few seconds. Tap on the ‘X’ on the top left corner and confirm delete
Else you can go to Settings > General > iPhone Storage> Snapchat
Check for the Snapchat storage on iPhone. Tap on “Delete App” and confirm by tapping “Delete App” again.

Reinstall the Snapchat app
Open the App Store on your iOS device > Search for Snapchat app > Press install > Sign back into your account.

Is the Snapchat server down?

Just like every other social media application, Snapchat has to go through a technical downtime. During this phase, the software experts run routine tests on the back-end, and this is why Snapchat keeps crashing in 2022.
To know if the app is having a server issue or downtime, just hit the DownDetector website. Type Snapchat in the search bar. The website will inform you if Snapchat is facing a technical timeout in real-time. If there is a technical fault at the Snapchat server’s end, in that case, you’ll have to wait until their application gets back for normal usage.

Similar to other social media apps, Snapchat can sometimes be tricky and hard to use in case of errors. But have a thoughtful look at your account history and other software running on your iPhone. The Snapchat team is continuously striving to do better so that every user can enjoy its features without hassles. Yet sometimes, the issues can be found within their servers or hosting, which causes downtime for every user. 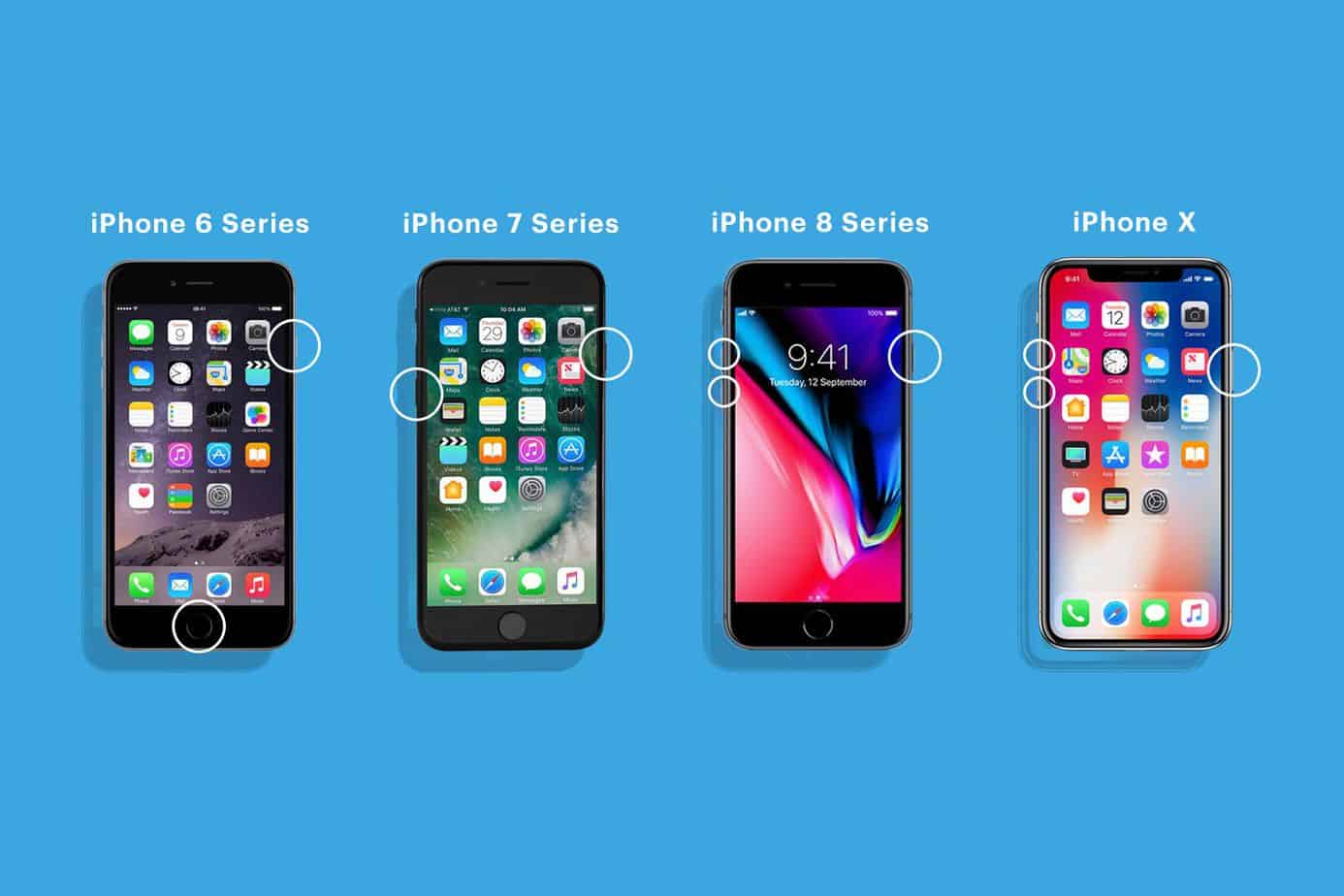 One of the most useful tips to fix Snapchat crashing on an iPhone is to force shut down the device and then restart it without changing any settings in the application or iOS.

To force a shutdown-
Press and hold any of the Volume Button + the Side Button (until the power off slider appears) > Drag the slider > Wait for 30 seconds for the device to turn off. Then restart.

Hard Reset iPhone 7 and previous models-
Press and hold the Volume Down button + Power button on the other side (both together)> When Apple logo displays on the screen, release both the buttons

Note – For iPhone 6s and SE, the power button would be near the top.
This is easier than uninstalling the app and will help you fix the problem and avoid Snapchat and your iOS device from crashing.

Update to the latest iOS version

Another trick that has worked for some while resolving the Snapchat keeps crashing issue is to update the iOS version of the iPhone. A bug in the older version might be the reason behind it and a release might have been rolled out to fix it.
Here is how you can check whether your device is running on the latest iOS version
Head to Settings -> General -> Software Update
Ensure you’re connected to a stable Wi-Fi network and have sufficient battery to run the update

If you are encountering frequent Snapchat keeps crashing issue on your iPhone it is better to update the app to the latest version.
Head to App Store and search for Snapchat, select the official app. Tap on the Update button. It will install the latest update. Open the Snapchat again to check if it fixed the crash issue.

Lastly, a good internet connection is something of most importance in today’s day of technology where we are heavily dependent on mobile for our work as well as personal relations. Still, most of us ignore or don’t pay enough attention to the internet speed or its network.

It may happen that due to bad coverage of the internet, we may blame the device or the app we are using. Always check the speed online through web-browsers to check any platform’s functional status on the internet.

Q1. Why did my Snapchat get deleted?

There is an abundance of reasons why your Snapchat got deleted. You will likely receive a notification on your email from the Snapchat team, describing the cause of their actions.

Using third-party apps to log in to Snapchat may have caused this situation. Snapchat has a long list of terms and conditions, and when a user violates them, their account is at risk. In such cases, you are most likely to lose your account forever. Sometimes, issues in their server or internal mechanism cease the proper functioning of several accounts.

If you find yourself in this situation, check out how to recover Snapchat account without a number or email. Else simply reach out to the Snapchat Support Team and describe your issue.

Q2. How to reboot Snapchat on iPhone?

Snapchat crashing frequently may be a simple bug that can be eliminated by rebooting your iOS device. The process is quite simple, and your Snapchat is likely to work normally after it.

Q3. Does Snapchat save pictures?

All the visual data including photos, videos, and messages are stored on Snapchat’s servers for a maximum of 30 days after both the users have viewed the content. Snapchat does not save pictures forever.

Q4. Where do deleted Snaps go?

Every message has an expiry period of 30 days, and once that has been crossed, Snapchat servers are no longer in charge of your data. To find your deleted Snaps, you can either search the ” Recently Deleted ” section of your photo gallery. In many cases, the deleted Snaps are stored on your device’s memory, within the files with the ‘.nomedi‘ extension. Try reaching out to the Snapchat folder in your file manager to access these deleted Snaps.

Q5. How to restart Snapchat on Android?

Sometimes, Snapchat does not open despite several taps. Now is the time to restart Snapchat in 3 simple steps.

Q6. Can someone hack the Snapchat password on my iPhone?

Snapchat uses one of the best encryption technology and it is not easy to hack Snapchat passwords on an iPhone or even Android. It gets compounded by iOS security measures in place. But it is not impossible. However, today’s hackers have the ability to hack into anyone’s Snapchat by using sophisticated tools and spy apps.

Q7. Can anyone view my Snapchat activities remotely?

Yes, Snapchat can be hacked, though illegal. It can be done by using the right tools, a hacker can read all the chats and get to view exchanged media files.

Snapchat can face a number of errors that prevent you from using it. The simplest way of eliminating the bugs is to reboot your iPhone or re-install the application. In most cases, these methods bring the Snapchat app back on track, whereas if it still shows an error, then try out our other tips that can resolve the issue. If the problem still persists, you should reach out to the Snapchat team and convey the message to them.

In the meantime, share with us which trick worked for you in Snapchat keeps crashing issue!

Rashmi
Crazy about technology, sports, cinema, my colleagues, and useless anecdotes. Far too connected and curious. When I'm not on my smartphone, you can find me tinkering anything tech!
Previous articleBest ways to check Spotify Stats in 2022: A detailed step-by-step guide!
Next articleBest Gaming Phone of 2022: The Top 10 Mobile Game Performers

Is TikTok broken? Is TikTok Account forced to be private and you can no longer open your DMs