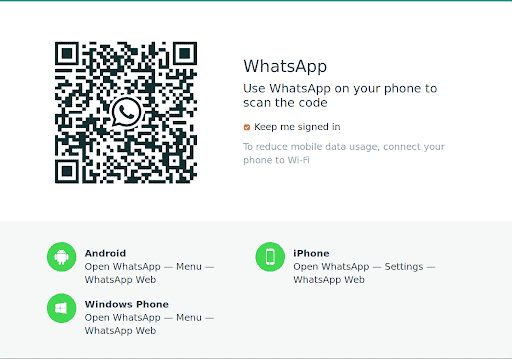 Work from home over the past few months has almost mandated using the web session of Whatsapp. It is convenient no doubt. One need not bother to look for messages on the phone while working. However, it needs to be secure too. Keeping in mind the security challenges, Whatsapp is working on introducing fingerprint authentication on its web version.

In the news shared by Wabetainfo, WhatsApp has submitted a new update version 2.20.200.10 through the Google Play Beta Program. Fingerprint authentication is the primary feature being tested in the beta build.

With the new method, as the name suggests, the Whatsapp Web interface on PC will enforce users to create a new WA Web session using their fingerprint. An additional privacy feature has been introduced so that anyone holding your mobile phone for a brief period cannot create a new session without your knowledge.

The workflow to date pops up a notification on the mobile whenever a user is logged in Whatsapp on PC. The message tray shows that “Whatsapp Web is currently active“. However many users would have skipped it.

As per WABetaInfo, the feature of verifying the new WhatsApp Web instance with a fingerprint is available only in the beta version 2.20.200.10 on Android. In other words, Whatsapp is working on it and has not released to everyone. Once the build gets stable, the version will be made public.

Once it is official, WA Web fingerprint authentication, the user will be required to authenticate using his fingerprint while creating a new WhatsApp Web session. All this will be done on the smartphone he is syncing up. It is anticipated that the authentication feature should work with facial recognition. It will serve as an alternative to some brands like Apple which do not have an inbuilt fingerprint scanner.

In addition to strengthening the security, the build version promises few bug fixes. It will bring a fix to the prominent bug related to the ‘Recently Used Emojis’. With this resolution, the user will be able to fetch the last used emojis once WhatsApp is updated.

After getting teased with a buggy MIUI 12 update on Poco F1, the wait for a stable rollout has turned out to...
Read more
Gaming

Okay, so October is coming to an end, and every Indian Gaming enthusiasts have one persistent question - Where is the Aatma...
Read more
News

Due to restrictions imposed by Trump's administration, one of the top smartphone brands, Huawei's business got severely impacted. Buyers have started opting...
Read more

After getting teased with a buggy MIUI 12 update on Poco F1, the wait for a stable rollout has turned out to...
Read more

The academic year is in full swing, and it means that buying useful gadgets for students is still valid. Check the list...
Read more

Okay, so October is coming to an end, and every Indian Gaming enthusiasts have one persistent question - Where is the Aatma...
Read more

Due to restrictions imposed by Trump's administration, one of the top smartphone brands, Huawei's business got severely impacted. Buyers have started opting...
Read more
Load more