PhonesWiki
Home More General What is the Chip Shortage and Will it Lead to a Shortage...
MoreFeatured

What is the Chip Shortage and Will it Lead to a Shortage of Smartphones? 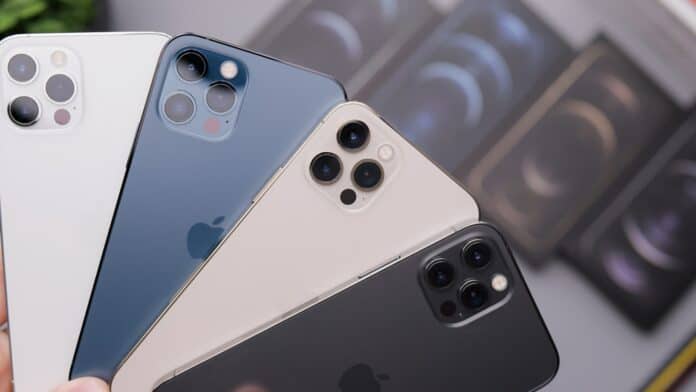 In 2021, almost everything is connected to a computer in some way, shape, or form. Even things you wouldn’t initially suspect to be controlled by semiconductors often have at least a basic logic chip and a circuit board inside.

For example, your refrigerator and freezer will have a chip inside them that controls the temperature, running the pump only when it’s necessary to bring the temperature back down to the desired level.

And as we begin to connect more and more devices together to create “smart homes”, just about everything electronic is crammed with silicon chips.

So when a chip shortage began to take hold in the final few months of 2020, everything began to be affected and there are no signs that this will relent any time soon.

What is Causing the Chip Shortage

As uncertainty set in in early 2020, companies were having to make predictions about how many products they would have to make later in the year.

Faced with many unknowns, the automotive industry turned to the lessons of the great recession in 2008 to forecast what the demand for cars would be. Since sales declined rapidly in the late 2000s, they assumed this would be repeated in 2020 and 2021, and slashed their orders for microchips.

Modern cars, even those that still use a traditional combustion engine, are packed with computer systems that control everything from the timing of the engine’s fuel injection to the noises that your indicators make. Most vehicles you buy today contain around 1,400 individual chips, making the automotive industry one of the biggest buyers of the little green blocks of silicon.

Mobile devices like these are a big part of everyday life today as we use them to do everything from chat with friends to ordering groceries to be delivered to our door. They’re also a big part of leisure activities, with people using them for listening to music, helping them navigate while on a trek, and everything in between.

Additionally, over the last few years, we’ve seen a trend in the sports betting industry as more people make the switch from placing wagers in-person to using their smartphone or tablet. This is especially the case in the US, where around a dozen states saw betting apps go live since the beginning of 2020.

This adds to the overall experience for sports fans, as it introduces new sources of excitement. For example, fans of motorsport will often watch a race on their television while using their smartphone to keep an eye on the latest NASCAR betting odds.

This trend has also helped to increase demand for mobile devices, particularly as people upgrade their older models so they can use the latest apps.

At the same time, demand for laptops, games consoles, and cryptocurrency mining equipment all went through the roof, so tech companies increased their orders for chips. In January 2021, sales of silicon chips were up 13.52% the year before, but this was nowhere close to meeting the demand in the market.

There has been a shortage of home appliances like microwaves, refrigerators, and washing machines for much of the last year. Similarly, gamers trying to get their hands on the PlayStation 5 and Xbox Series S and X have experienced great difficulties in finding anywhere that has stock. Where buyers have been able to find what they’re looking for, they often had to pay more than in the past.

Thankfully though, the supply of smartphones hasn’t been affected, at least up until now. That’s because, unlike automakers, smartphone manufacturers didn’t cancel their orders for chips. They also had large stockpiles so that they had a buffer to smooth out the effects of any shortages.

Unfortunately, it looks like those reserves may be running out now. In late July, Apple’s CEO Tim Cook warned that supply issues would begin to affect the sales of its latest iPhones and iPads. Samsung is reportedly also in a strong position, but smaller manufacturers may suffer more than the giants.

It doesn’t look like we’ll see the same shortages of smartphones like we’ve seen with cars and dishwashers though, so you shouldn’t have to worry too much about getting your hands on the new iPhone 13 or Samsung’s S22 when it launches in early 2022.