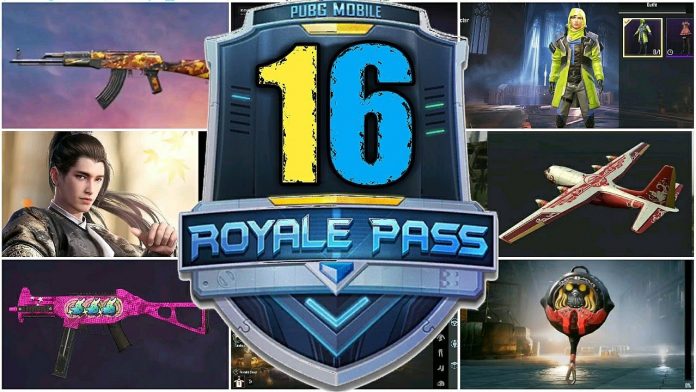 It has been just a few days that we received Season 15 on PUBG Mobile. Each season brings plenty of new stuff and rewards. While Pubg Mobile Season 15 is just a few days old, we have already started to receive leaks and rumors about Season 16 on the PUBG Mobile. These include the addition of a new currency, Payload 2.0, and much more! Make sure to read all of them and give feedback on the favorite one.

When does PUBG Mobile Season 16 start?

The current PUBG Mobile Season 15 is Live from September 15. “Beyond the Ace” based season will complete its cycle and end on 16th November 2020. The RP section will also get locked on the day its ends. Season 15 of PUBG Mobile, like previous seasons will last for around two months.

Going by the convention followed by devs, PUBG Mobile Season 16 is speculated to land on 16th November 2020. Do expect a small in-game update also to be rolled out to unlock the RP section.

We all are aware and have played the night mode in the Erangel map. It was a really interesting spinoff to the original Erangel, as it made things more versatile. Now that Tencent Games have stepped up their game, and introduced Erangel 2.0, then how could they forget the night mode! As per the new rumors that have reached us, we believe a new Night Mode for Erangel is again coming to PUBG Mobile Season 16!

The Erangel 2.0 is a significant update, and it is going well in fans. Since it is a step up, the Night Mode has to be better too. As per the leaks, the latter seems to qualify as well. If the rumor turns out to be true, you might again get a chance to see the beautiful aurora lights in Erangel 2.0. While Erangel’s night feature was of darkness and night vision goggles, you can get to see comets and meteors in its 2.0 version.

This will surely make the gameplay even more realistic and exciting.

PUBG Mobile 1.1 Update Season 16 update is rumored to bring a new Metro Royale Mode. PUBG has collaborated with Metro Exodus Game for this mode. The new mode is working on two new individual maps different from what players have played to date.

The Metro Royale Mode will have Night Vision Goggles with a new Thermal Sight. It will enable the player to keep watch on the enemies besides the wall with the help of thermal vision. Apart from these two, the new mode will have a new Tikka Rifle with a 15X scope.

The rumor of devs sampling a new currency is doing rounds from the past two or three seasons. It was last spotted in the 0.18.0 beta version. But, as per the leaks, it is almost official that we will get the Diamond currency in PUBG Mobile Season 16. Unlike the UC, this in-game currency is not purchased with real-life money. Instead, you can collect this by completing various missions.

The new Diamond currency can be used to purchase various outfits, opening crates, leveling up vehicles, upgrade weapon skins, and rewards. We think it will not be as prestigious as the UC, but could be more valuable than the BP.

The pharaoh set from the last season is so much loved. To replace that set, the players need something epic, and the good news is, you will get epic. The Four Horsemen Set is coming to PUBG Mobile Season 16.

It will be an upgradeable outfit – Lady of Blood, Spike Demon, Grave Lord, and Wraith Lord Outfit. All of these will come with their exclusive emotes as well. The players really love such sets and outfits, and the early response to these newcomers is really flattering! Which one is your favorite?

We got Miramar 2.0, we got Livik, and now we got the Erangel 2.0. Clearly, the devs are trying to tweak the maps to make them more exciting and keep the spark alive. Well, to do the same, Payload 2.0 might also come with Season 16 in PUBG Mobile.

This Payload mode will be more interactive, as significant changes are coming. This mode is known for its variety of vehicles. With the update, a brand new vehicle can also show up. An Unmanned Aerial Vehicle! This UAV or aka Drone will help you trace, locate, and annihilate your opponents, and serve the chicken dinner to you!

Again, just like the new outfits, everyone has their eyes stuck on the coming vehicle skin as well. The PUBG Mobile Season 16 is bringing a really unique Dacia Skin. This one is called Toxic Dance. As the name suggests, the new skin looks mean and toxic.

With candy green color, hazardous side skits, and bumper set, the Toxic Dacia looks mean. The skin gives our simple Dacia an elegant makeover. You will need to spend real-life money to get this mean monster look to your Dacia.

What is the best way to flex in PUBG Mobile? Everyone claims that it is their weapon skins. And it is true. The upgradable weapon skins do mean a great deal of dominance on your opponents. While you flaunt the designs and your gun’s visuals, the special loot crate and the kill message scares the enemy.

To keep your enemies away, the PUBG Mobile team is bringing not one, but two new upgradable weapon skins. That, too, on two of the most loved guns in PUBG Mobile. AKM and M416 are getting the skins. AKM skin is known as Jack-o’-Lantern. This is inspired by the festival theme of Halloween. The most used gun in PUBG Mobile, M416, will make things go wild, with the Call of the Wild skin.

Both of the skins, as mentioned above, are upgradable. The most impressive thing about these skins is that the attachments will also get new tints when equipped. This showcases how dedicated the team is to quality.

This is by far the most prominent announcement for PUBG Mobile. We will finally be getting the 15X Scope in PUBG Mobile. The current maximum Scope size is 8X, and the new will be as much as twice of that! Obviously, the 15X Scope can only be attached to Sniper Rifles.

The mobile version of the game can be downloaded from both the App Store and Google Play. However, the game is banned in India. Although there are rumors of it getting revived but there has been no official confirmation from Tencent.

PUBG Mobile team is continuously trying to make the game better. A lot of inspiration comes from the PUBG PC/Console version, and the devs are making it compete with the latter. The fans are already feeling good about the coming update.

Which one of these leaks is your favorite? Share your views in the comments sections. For more such news and updates, stay tuned to PhonesWiki.com!

When can I watch “Attack On Titan Season 4” English Dub?