Pixel 6 issues are haunting users as days pass by! Get details on potential solutions! 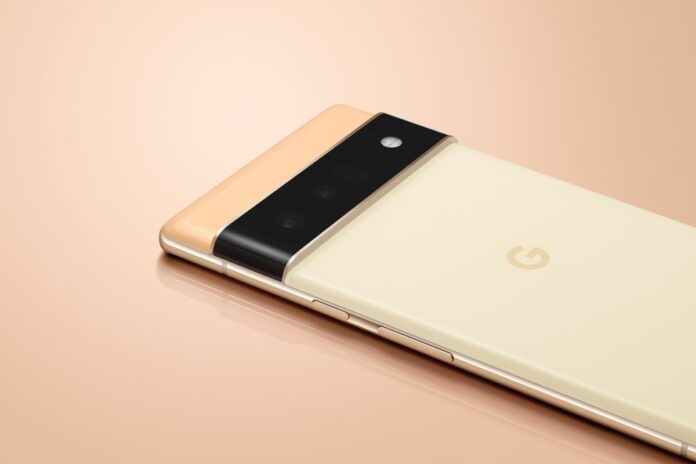 The next-gen Pixel 6 and Pixel 6 Pro were unveiled to the enthusiasts on the 29th of October. Pixel phones are known for the experience of smooth stock Android experience paired with Google’s amazing photo processing software. No doubt the reviews have been fantastic and encouraging. However, the models are not bug-free. Some Pixel 6 issues can be lived with but there are some issues that have ruined the owner’s experience as well expectations.

Now let’s have a look at all the Pixel 6 issues and the potential solutions that we know of so far.

Some of Pixel 6 issues either have or will have solutions by Google. However, some are manufacturing defects. And to be quite honest, some faults, be it software or hardware are always anticipated on any OEM part. But the non niggling ones have always been kept aside due to the experience they provide to users. However, when one pays for a flagship phone, some faults are not tolerable. Let us have a look at the list of Pixel 6 issues reported and whether they have a promised workaround by Google.

Flickering Display when powered off

It is a weird issue reported by users. Display flickers inconsistently when one presses the power button during switched off state. This is an extremely minor software error but is very irritating nonetheless.

How to fix it: The aforementioned issue has been acknowledged by Google and a fix is coming soon in the December update.

Status: Google has responded to the Pixel 6 issue of the fingerprint scanner. While acknowledging, Google said that slow sensor is due to “security algorithms.” The phone has to process a lot of data to ensure that the fingerprint is the right one. This delays the response time. There’s pretty much nothing to do but to adapt to this.

This Pixel 6 issue has been widely reported by many users. The Pixel 6’s fingerprint scanner is a very picky one which is causing a lot of false rejections. The actual area where you place your finger also appears to be smaller than most of the android devices available in the market. The root cause of this problem is the hardware coupled with the software used in the phone.

How to fix it: As a customer, you can do nothing about it.

The in-house chip isn’t performing as it was promised by Google. Many sources have also confirmed that the Tensor chip is just a slightly modified Exynos 2100 processor. The Exynos 2100 isn’t the best chip out there for a flagship phone as pointed by many tech enthusiasts. It’s still plenty fast but you can get better value for money.

How to fix it: There is nothing that can be done on the user’s part. However many sources are suggesting that there is a very fair chance that the Tensor isn’t being allowed to work at its maximum capacity and hence it’s underperforming. So it’s expected that a future update from Google will allow the chip to work to its maximum potential.

If your Pixel 6 is randomly calling your friends, don’t worry you won’t need an exorcist. Many users are also reporting another one of weird Pixel 6 issues in which some Pixel 6 models are randomly ghost-dialling contacts at random points in the day. While most people didn’t experience it, it still could be cause for some concern. If your phone dials up a contact in the middle of the night and a ghost call from you comes through, this might lead to some awkward situations.

How to fix it: Some users reported that disabling Google Assistant resolved the issue. This isn’t ideal as many people use virtual assistants, but it’s a temporary fix while Google hopefully identifies the problem and solves it.

Google claimed that it had increased the charging wattage to 30W from 18W as seen in the older Pixel models when the Pixel 6 launched. This was quite a jump from the 18W previous Pixels supported. However, further testing from many reviewers and tech websites has said that the phone is only charging at 22W which is far from the promised 30W. Even using a third-party adapter won’t solve this issue.

How to fix it: There seems to be no solution available for the slow charging issue. Something in the software may be limiting speeds by software just like in the case of the tensor, but it could also be a hardware issue.

Many users are also reporting that the Wi-Fi calling feature isn’t working. The phone straight away refuses to make calls or send texts over Wi-Fi, especially if the signal is weak. No tweaks or settings changes are seeming to help.

How to fix it: Some users said the issue resolved itself after a few days. But, if you need to make a Wi-Fi call, restarting the phone will do the trick.

This is one of the weirdest and fairly common issues in the Pixel line of smartphones and can be traced back to Pixel 4. And recent reports from users also suggest that the Pixel 6 for some users has also been impacted by the erratic adaptive brightness issue. This is where the phone’s brightness will jump up and down randomly, which is bad and a safety hazard for someone with epilepsy.

How to fix it: Whenever the brightness starts flickering, just set the brightness slider to whatever you want. This will stop the brightness from changing randomly. It requires you to be proactive in the beginning, but it should help resolve the issue over time.

This by far is the weirdest of the Pixel 6 issues that have been reported by the users so far. Some people have reported that their Pixel 6 has suddenly grown a new second-hole punch in them. And as we all know there should be only one for the front-facing camera.

How to fix it: This problem cannot be fixed by the user and you have no other choice than to get a new phone from Google.

Google Pixel 6 and Pixel 6 Pro have got an amazing initial response and the initial reviews are good too. But as with any device, the new Pixel comes with its fair share of problems and also the early adopter tax. Anyone who has used a Pixel smartphone in the past probably knows this and shouldn’t be surprised by this, that Google still has work to do with its quality control, even six years after the launch of its flagship handset. Which is a major bummer for people spending a lot of money on a device and getting sub-par quality.

Facebook
Twitter
Pinterest
Previous articleHow To Test An App For Free In Less Than 5 Minutes?
Next articleHow to hack a phone without touching the cell phone?

Akshat Singh
Hi, I am Akshat! During the day I am your average college student but during the night... I̶ ̶p̶r̶o̶t̶e̶c̶t̶ ̶t̶h̶e̶ ̶w̶o̶r̶l̶d̶ ̶f̶r̶o̶m̶ ̶t̶h̶i̶n̶g̶s̶ ̶t̶h̶a̶t̶ ̶y̶o̶u̶ ̶d̶o̶n̶'̶t̶ ̶w̶a̶n̶n̶a̶ ̶k̶n̶o̶w̶ ̶a̶b̶o̶u̶t̶ I become a gamer and a trader. My love for gaming began when I got a racing wheel for Christmas in 2008 and my love for trading began when I invested some money in Shiba Inu and it grew by 45% in a single night. Also, I am always up for debate on topics that fascinate my like aviation, the automotive industry, cars, trading, and gaming 🙂