How to Play Games on Samsung Smart TV? 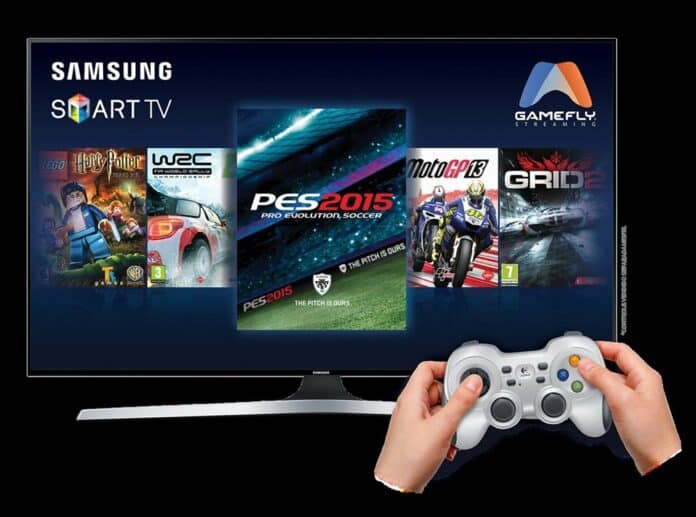 You probably know that smart TVs are currently the talk of the town. Besides watching movies and TV channels, we can now play games. Samsung is among the leading smart TV producers globally. The company has sold over 100 million smart TVs and is now looking to hold on to its TV gaming industry.

Currently, several customers are already using the Samsung Smart TV games. The process is simple since you only require a wireless keyboard or a Bluetooth controller. However, you can always reach out to Nicole B for a guide and other smart TV issues. Here are some ways to play games on Samsung Smart TV.

Use a Gaming System

Although this is the oldest way of playing games, it still works. Gaming systems include Xbox, Nintendo Wii, Sony Playstation, and others that you can still attach to video and audio inputs of your Samsung TV.

If you are using this method, choose the mode of your gaming system on your TV and start playing. As of now, the Samsung TV app extends support to controllers namely Steam Controller, Xbox 360 Wireless/wired, Xbox One wired, and Logitech F510/F710.

Downloading apps on your Samsung TV is the sure way to do most things, including playing games. The App Store has several games, and we are sure you will find one that suits you. Gameloft is among the game designers that produce games that you can play on smart TVs.

You can also download the Facebook app on your Samsung TV to access their games. However, you must watch out for the cost of the game. If you want to access all features of your favourite game, you must pay a fee.

Besides downloading game apps, you can also stream your favourite game thanks to technology. If you have a 4K Samsung smart TV, you can access the Samsung app store, stream Steam games to your TV, and play directly using the new Steam Link App. You no longer have to buy a Steam Link device.

Instead, go to the Samsung App Store, download the Steam Link app, and you are ready to go. The Steam Link App is available in 2016 and newer Samsung Smart TVs.

Samsung Smart TVs allow gamers to play their Playstation games without connecting to the Playstation console. You only need to download the Playstation Now App. All the games are the same and have a similar appearance.

The Samsung Smart TV plays the game through the server, eliminating the need to buy the console. You can also use the PlayStation DualShock controllers to wirelessly play games and feel like you are using a console. If you do not have a DualShock controller, use your smartphone remote app to turn your mobile into a touchscreen gaming controller.

Samsung Smart Televisions have revolutionized the entertainment industry, including gaming. You no longer have to spend time connecting and setting up a gaming system. Instead, you only need to turn on your Samsung Smart TV to enjoy games instantly.

Shreya Negi
Combine content around Netflix, Technology, Sports and Travel, and you have SHREYA. I'm a jack of most trades, but master of none. My impressive skills include Football, Netflix and Chill. Just kidding! I'm a Journalism student and a Travel and Sports enthusiast on the look out for trending and relevant Web based Content Writing.

According to Crunchbase, the crypto and blockchain industry has drawn roughly $12.4 billion in venture capital into US-based businesses since 2017 and...
Read more
News

Wondering how to Jailbreak FireStick in 10 seconds? Or are you here to know the consequences of Jailbreaking a Firestick device and if it...
Read more
General