The best Punjabi movies for fans of all genres streaming online 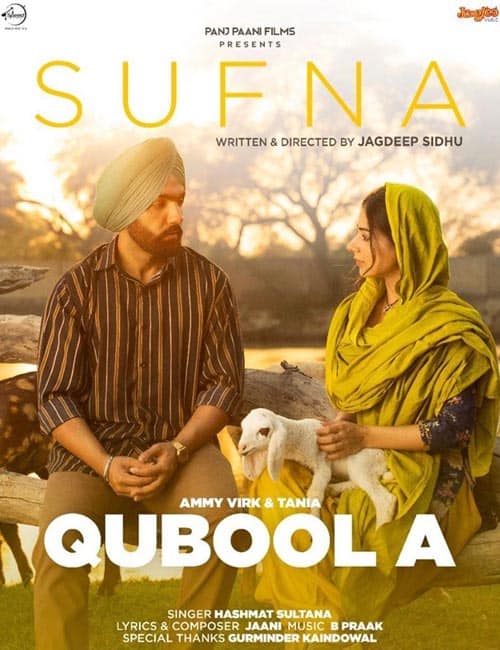 If you are an Amazon Prime subscriber, then you can watch these superhit movies on Prime Video right away!

If you enjoy comedy, then this movie by Jagdeep Sidhu would be perfect for you. It features Neeru Bajwa and Diljit Dosanjh in lead roles. The songs, story, and performance by everyone make it a perfect movie to watch in your free time.

Another good Punjabi comedy film, Chandigarh Amritsar Chandigarh, features Gippy Grewal and Sargun Mehta in key roles. This romantic comedy is about a girl who comes to Amritsar to reject her prospective groom. However, fate has something else in store for her.

Sufna is a romantic movie directed and written by Jagdeep Sidhu. Sufna on Amazon Prime marks the Pollywood debut movie of Tania. The film will make you laugh, cry, and fall in love within two hours of its run.

The action movie, Blackia on Amazon Prime Video, is set in the 1970s and full of drama and over the top action. The movie features Dev Kharoud in the lead role and is perfect for people who want some serious action.

This love story is perfect for people who want a complete family entertainment. Muklawa on Prime Video features romance, drama, and comedy to keep and your family engaged through the film. This Simerjit Singh movie features Ammy Virk and Sonam Bajwa in prominent roles.

Netflix also boasts a good collection of Punjabi movies. If you have a Netflix account, then here are the Punjabi movies that you might want to watch:

This family drama Manje Bistre on Netflix stars Gippy Grewal and Sonam Bajwa. The beautiful sets, acting, and a story that is full of romance and comedy, Manje Bistre will keep you engaged throughout its runtime.

This romantic film is about two simple characters played by Ammy Virk and Sargun Mehta. The simple yet intriguing storyline would keep you engaged, and don’t forget to keep some tissue papers at hand.

Chal Mera Putt on Amazon Prime, a 2019 Indian Punjabi-language comedy-drama film is directed by Janjot Singh. It is the story of Punjabi immigrants living illegally in the City of Birmingham.

If period dramas are your cup of tea, then Punjab 1984 on Netflix is something that you would enjoy. The strong screen presence of Kirron Kher, Sonam Bajwa, and Diljit Dosanjh makes the film even more engaging for the audience.

Eh Janam Tumhaare Lekhe on Netflix, this brilliant film is based on the life of Bhagat Puran Singh. He was immensely popular for his work with Pingalwara, a place in Amritsar where diseased, Disabled, or the people abandoned by society could find shelter. The film sends a strong message to us all.

Hotstar, which was rebranded as Disney+Hotstar, has also got some amazing Punjabi movies for you to watch. If you are a subscriber of Disney+Hotstar, then here are some of the best Punjabi films that you would love to watch

A romantic comedy featuring Diljit Dosanjh is something you wouldn’t want to miss. In this outing, Diljit plays the role of a ghost hunter. Things would have been simpler for his character if he weren’t to fall in love with a ghost. The plot of the Sardaar ji movie wouldn’t make any sense, but the performance by Diljit would keep you laughing from start to finish.

There are strong rumors of two superhit Pollywood movies coming to Amazon Prime Video and Netflix. They are the 2020 releases of Chal Mera Putt 2 and Satinder Sartaaj’s Ikko Mikke. There is no official confirmation from either the producers or the streaming giants on when it will be possible.

These are some of the most popular Punjabi films that you can watch on streaming platforms. For more news about the best upcoming films and series, keep visiting our website.