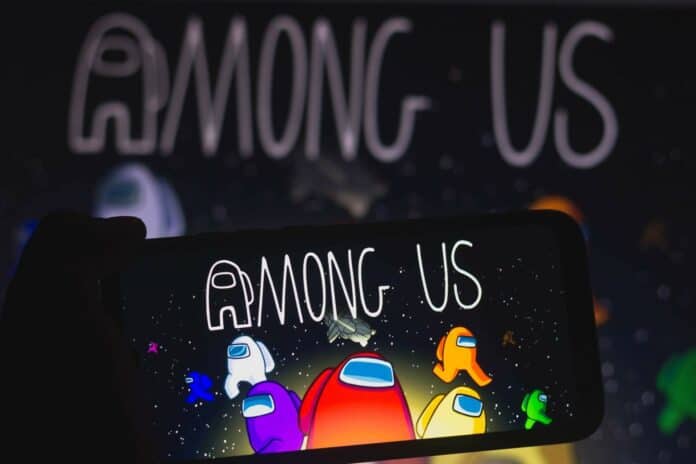 Not everyone owns every console, a PC, a smartphone, and a handheld gaming device, and this means that you can’t always play your favorite games with your friends, because either you or them just can’t get it.

However, there is an extensive list of games that are cross-platform, and what device, console, or PC you own is irrelevant. Here are some of the best cross-platform games you can play with your friends.

A game that took the world by storm, Among Us was first released on PC but you can now download it to your smartphone or tablet. People who played it before can now play anywhere, and those without a PC can get in on the action.

Not only Among Us is a ridiculously fun game to play with friends, but it is also just as fun to play with strangers online. The point of the game is simple, either kill your crewmates if you are the killer, or find out who the killer is. It is all about deception, lying, and getting to the bottom of the truth.

A game that has been popular since day one, Fortnite is available on all consoles and PC. Another plus that most other games don’t have is that it is also available for the Nintendo Switch. Once again, it is very unusual for a game to be available across all of the major gaming platforms.

If you don’t already know, Fortnite is a ‘battle royale’ style game where you have to defeat enemies on an ever-shrinking map. You can also build to protect yourself and outsmart your enemies. It’s a game that is fun for anyone who gets the hang of it.

A free-to-play card game that is based in the same universe as World of Warcraft, Hearthstone has been a very popular game for years, and you can now download it on mobile.

The idea is simple, build a deck of creatures and spells, and battle against an opponent. If you are familiar with Magic the Gathering, the premise is the same. The game is easy to learn, highly addictive and will provide hours and hours of fun.

Another ‘battle royale’ game, Warzone took the world by storm when it was released last year, and still reigns as the king of BR games. While the mobile version of Call of Duty has a BR, it’s no Warzone, which is free to download across Xbox and Playstation consoles, as well as PC.

A massive plus for the game is the fact that it really is 100% free, with you not needing to buy anything, as all purchases are purely cosmetic and the game just comes down to skill and nothing else. It is the best BR on the planet right now for a reason. Download it and play right now if you haven’t given it a try already.

One of the best games ever made. Minecraft has been going strong and has been keeping an enormous player base every single day since it was released in 2011. It is also now available on PS, Xbox, Nintendo Switch, and mobile devices.

The game allows you to build and create almost anything you want, or play in ‘survival mode’ where you have to try and survive in the world. You can play with friends, or join servers that can have anywhere from ten to hundreds or even thousands of players. The game is a masterpiece in every way, so once again, play it if you haven’t already.

A game that has seen a massive amount of popularity and growth is Rocket League. The idea of the game is simple: you and two teammates take control of supercharged cars in a game of 3-on-3 soccer with a giant ball.

You can download Rocket League on all consoles, including the Switch. The game has incredible graphics, very fluid and smooth movement, as well as a very balanced feeling, something that games like this can struggle with. The game is basically Hot Wheels combined with football – a ridiculously fun mix.

Finally, a game that has probably gone under the radar for many people is Dead by Daylight. A survival game consists of four survivors and one killer. The survivors need to stay out of the grips of the killer while switching on engines that open the gate so they can escape. And the killer’s job is to catch and, well, kill them.

Available on mobile, consoles, the Switch, and PC, the game requires a certain level of skill, understanding each character and killer, and will keep you on the edge of your seat throughout. There are also many famous horror characters to choose from to be a killer, and running around as Freddy Kruger or Ghost Face is incredibly fun.

These are only a few of the best cross-platform games to play, but as you can, no matter what device you own, there are many great games you can play with your friends, with no chance of you missing out on the fun.

Elizabeth Baldridge
Elizabeth Baldridge is a professional writer, editor, and technology aficionado with in-depth knowledge and experience of digital publishing technologies. Elizabeth is keen on learning more about writing with each article or paper she works on. In her spare time, Elizabeth likes to catch up on pop-culture comfort foods and write blog posts.

Seven Knights 2 is a mobile phone game developed by Netmarble, a well-known game development company. The game was released on both...
Read more
CryptoCurrency