XRP cryptocurrency is counted among the four major cryptocurrencies in the world, the others being Bitcoin, Ethereum & Tether. Coinbase data shows XRP stock price stands at $3.84 as an all-time high & $1.96 as a 52-week high. Hence, given its present value, the XRP coin value is much below these levels. But what are the factors that could fuel its upside? Before making an XRP price prediction, let us have an outlook on XRP and how the currency evolved.

The journey of XRP Cryptocurrency aka Ripple can be traced back to 2004, 5 years before Bitcoin’s launch. An American software developer Ryan Fugger developed a money transfer platform known as RipplePay. In 2011, a team led by David Schwartz, and Arthur Britto along with McCaleb developed the XRP ledger (XRPL), a different and better blockchain than the one used in cryptocurrencies like Bitcoin.

In 2012, the new team formed a company, OpenCoin, which later changed its name to Ripple. In the same year, the founders of XRPL gifted pre-mined 100 billion XRP, the platform’s native currency, to facilitate transactions on the network.

What is the XRP value?

Most private cryptocurrencies like Bitcoin are used to buy goods & services. However, XRP is used as a settlement currency for cross-border payments between banks around the world. Existing settlement systems mainly use US dollars as a common currency for converting different currencies and take up to 3 days to complete the process.

In late 2020, the famous Ripple v/s SEC lawsuit began with an SEC complaint. It stated that Ripple had illegally offered XPR to investors to raise funds. SEC lawsuit asserts that XRP should be treated as a security (stock or bond) in cryptocurrency markets and is not a cryptocurrency.

Crypto expert Hogan Says The decision releasing any time shortly in Sep 2022, will give clear stating of which top digital assets are securities. The judgment is assumed to be favourable to Ripple and we can see a lot more upsurge in XRP token value in the next five years.

Is XRP A Good Investment?

After a significant spike to around $3 in early 2018, XRP stock value was hovering around or below $0.5 till late 2020. Dec 2020 was a shocker for XRP. It’s when the US stock market regulator SEC initiated a probe on Ripple for violating security laws.

However, in a surprise twist, XRP value started surging in April after a favourable ruling in the US court with respect to the probe and due to a blog posted by Ripple about making a cross-border payment network that is inclusive and sustainable. The spike led XRP to hover around for more than $1 since then.

Investing in XRP could be a good move given its niche use in international money transfers. It can also facilitate cross-border transactions at high speed & extremely low cost, which is 0.0001 XRP for each transaction. For instance, a $50 million transaction via XRP could take only 3 seconds and cost $0.2-$0.3.

It’s for these reasons major financial institutions around the world inked partnerships with Ripple. Institutions like Fidor Bank, Santander, the Commonwealth Bank of Australia, and a group of 60+ Japanese banks are already testing or implementing applications utilizing the Ripple Network payment system.

Furthermore, XRP has enabled cross-blockchain transactions, micropayments, and web monetization. It has also played a key role in sectors like media and gaming, which have been booming due to channel partnerships with Ripple. These indicate that the token expects to become a valued commodity in its own right.

However, there are risks involved in XRP investment.

Since its inception, XRP value gained over 12,000% (as of August 2021). This may look robust but in reality the growth is only decent compared with Ethereum or altcoins like Dogecoin. Given its growth trajectory, it might look worthwhile to invest outside of the other three cryptocurrencies. However, it’s fraught with more risk than other crypto coins. To develop a better perspective in this regard let us take a look at XRP price prediction for the upcoming years.

What Will Be XRP Price Prediction For 2022?

In 2020, Walletinvestor’s Analysts predicted XRP price to cross $0.6 by the end of 2021. Remarkably, the price has already crossed $1 by now. This indicates a more than expected bullish outlook on the token.

The primary catalyst that expects to take XRP to a newer high would be a positive outcome of the SEC lawsuit. Recent updates suggest that Ripple had an upper hand in the lawsuit. If Ripple wins the case, the XRP value expects to explode and deliver a major blow to government agencies that are trying to regulate crypto transactions.

If the catalysts work, the price of XRP could reach closer to $2 at the beginning of 2022. With this success, many cryptocurrency exchanges could relist the currency. This could trigger a further upside and help the currency form new highs and range towards $4 at the end of the year. In an otherwise worst-case scenario, the price expects to remain above $1 or slightly below it.

Based on historical data and XRP forecast charts, the Ripple price prediction from DigitalCoinPrice for 2022 is at a slower growth rate.

Price Prediction was bullish in its Ripple prediction for 2030. It is estimated that Ripple’s projected growth rate would accelerate in the next decade. Based on the site’s artificial intelligence-assisted price analysis, the price could reach an average of $8.87, up from $1.36 in 2025 and $0.63 in 2023.

Current XRP price prediction by analysts and traders does not support such an optimistic range in 2022. However, if the above-mentioned catalysts work and the regulatory framework become more favorable for cryptocurrencies in general, the XRP value could shoot up to an unpredictable level with increased liquidity into the market.

As per XRP price prediction, XRP value could touch $5 in 2025. It could happen with the increasing adoption of Ripple & its ability to replace most of the fiat currencies. Further, banks in Europe and Latin America expect to work with Ripple and promote its payment technology. This could provide a further impetus to the XRP value & materialize an XRP price prediction of $10.

XRP price prediction in the next 10 years also looks promising. Experts believe, by that time, the currency will be used extensively. By 2030, the XRP value could thus be expected to exceed $15 & go even higher.

How To Buy Ripple XRP?

XRP can be bought in cryptocurrency exchanges like US-based Poloniex or the world’s #1 Binance. In India, the best platform to buy XRP is WazirX, which is also owned by Binance & India’s largest crypto exchange.

Can I Buy XRP Coin With A Credit Card?

After a pause in May, Indian banks have started allowing payments via net banking & debit cards to buy cryptocurrencies. In WazirX, the eligible banks include Punjab National Bank, Union Bank of India, Industrial Development Bank of India (IDBI), Deutsche Bank,and Federal Bank for the transfer.

However, some cryptocurrency exchanges noted that payments using credit/debit cards to buy cryptocurrencies have been mostly declined by the service providers.

How XRP Coin Is Different From Bitcoin?

In the case of most blockchain-based cryptocurrencies like Bitcoin, new currencies enter the market by mining, which acts as a reward to verifiers for supporting the network.

However, the XRP coin enters circulation in the secondary market when Ripple decides to sell their pre-mined coins. In the process, any unused coins are placed back to an escrow account & re-distributed/sold later. As of Apr 8, 2021, the escrow account held 47.8 billion XRP tokens. 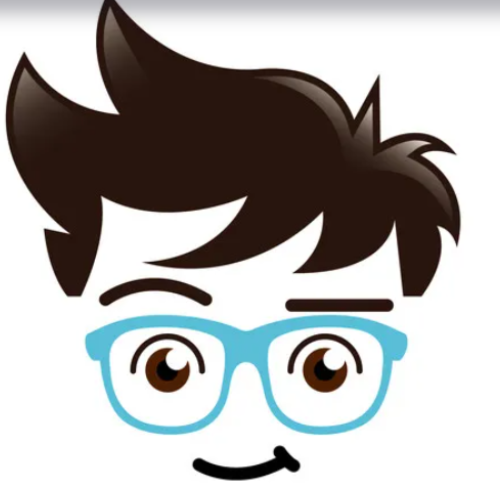 Souvik
An avid writer, researcher, traveler, music buff, pet lover and gadget freak! Loves to read and write just about anything but has keen interest in new age tech and finance.
Previous article
Has Apple fixed age-old eye strain issues of iPhones in the iPhone 13 series?
Next article
How and where to buy SafeMoon coin, a Beginner’s Guide