A VPN, or Virtual Private Network, allows a user to connect their computer to the internet through an external server. In this way, all of a user’s Internet traffic is routed through the VPN server. This means that when a website attempts to identify your location based on your IP address, it will think you are accessing it from wherever the VPN server is located.

There are many uses for VPNs, but one of their most popular uses is for privacy. When using the Internet, you always want to be safe. Hackers and other cybercriminals can easily gather information about your browsing habits simply by watching where you go on the web.

Apart from this VPN has several other uses, which we will be discussing today, so let’s get started.

All you need is fast-speed internet and a good VPN service with servers in the country you want to unblock, say, you are located in New Zealand and want to access a site that is only available in the US, so you connect to a VPN server that is based in the USA.

Moreover, you can even bypass the restrictions of a school/college that are set for the organization to prevent malware, hacking, and unauthorized access of confidential data, just connect to a VPN and access any website/app using the organization’s internet connection.

VPNs can also be used to encrypt the data passing from your device to the VPN server and secure your connection. This way you can be assured that the data is not being spied on while you are browsing. This feature allows VPN users to browse without fear of being hacked or monitored by anyone, which makes it the perfect tool for people who use public Wi-Fi networks.

Another common use of VPNs is to unblock websites or services that are blocked in your country. For example, suppose there’s only one version of Netflix available where you live and it isn’t available in your region. In that case, all you need is a VPN service with servers in that country and you’ll gain access to the full Netflix library.

A very popular use for VPNs is to download torrents securely. Most VPN services offer apps that allow you to connect to their servers using the anonymous BitTorrent protocol. This way, your data stays secure and your ISP can’t tell what you are downloading.

Suppose you are a remote employee and often connect to your office’s Wi-Fi network, you can use a VPN service to encrypt yours. In that case, connection and protect yourself from malicious attacks that might try to steal sensitive data such as login credentials.

It is recommended not to connect to any open network directly since it is the most vulnerable network type, and is often targeted by hackers first.

Individuals living in countries with strict censorship laws can avoid these restrictions by using a VPN. For example, if you live in China and trying to access Facebook or YouTube, which is blocked there, all you need is a VPN service with servers in Japan or any other country and you’ll be able to access it like a normal user.

VPN services are also used to stay anonymous online. Hackers, cybercriminals and governments can all spy on your internet activity so it’s best if you keep them from seeing what you do online.

With a VPN, you can connect to the web safely without having to worry about any of your personal information being seen by third parties.

VPNs safeguard your connection by rerouting your traffic through a secured server, instead of directly connecting you to the server, this helps in hiding your original IP address and keeps you anonymous on the internet.

Many ISPs will throttle your internet connection if they see that you are streaming or downloading a lot of data. However, with a VPN service, your entire traffic is encrypted and the ISP cannot tell what kind of traffic it is exactly while also preventing throttling tactics because all data is coming from their servers.

Over time, VPN technology has seen various changes, and it is being used by a lot of people all over the world who care about their privacy and understand the importance of staying anonymous.

In this article, we share the 8 practical uses of a VPN, which I am sure, have helped you to understand how useful this technology can be. 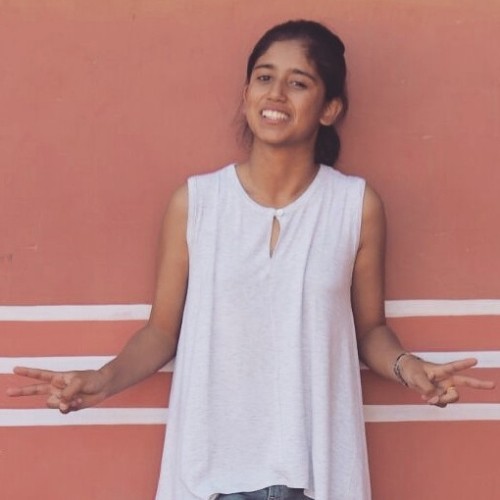 Shreya Negi
Combine content around Netflix, Technology, Sports and Travel, and you have SHREYA. I'm a jack of most trades, but master of none. My impressive skills include Football, Netflix and Chill. Just kidding! I'm a Journalism student and a Travel and Sports enthusiast on the look out for trending and relevant Web based Content Writing.
Previous article
Is India About to Become a Hotbed for Game Developers?
Next article
Victoria-Coins Review- Is it a promising option?