“Pacchis din hai, Bacha lena Apne sheher ko“, the line that brought the revolutionary era of the Indian-Hindi Web series, four years back from now, in 2018. Just a year later, i.e., in 2019, released the second season of the crime thriller masterpiece. Well, then came Covid. So, is that it? Or is there a crime-based Sacred Games Season 3 under development? Read on to find out more.

The plot is centred around the two main characters, officer Sartaj Singh, the protagonist, and gangster Ganesh Gaitonde, the apparent antagonist. The troubled inspector finds his life upside down after having received a call from Ganesh Gaitonde, who claims that Sartaj has only 25 days to save his city. What happens afterward is filled with blood, corruption, and mystery that slowly unfolds itself.

Directed by Anurag Kashyap, the Vikram Chandra novel-based series became India’s first original Netflix series. Receiving a heavy response from both critics and supporters, the phenomenal acting by the whole team is something worth a round of applause. The entry of Pankaj Tripathi as Khanna Guruji in the second season created even more space for quality acting and storytelling.

Let’s no more delay our discussion about Sacred Games 3. We will begin right away!

The second season of the master series premiered in August 2019. Since then, the mystery of whether there’s going to be a sacred games season 3, is not solved. Even though Netflix is the final decision maker, judging from our side, we don’t think that there’s gonna be any more seasons.

Nawazuddin Siddiqui, during an interview, clearly stated that the show might not get another installment. It is because the novel that the series is, based on is already covered. There’s nothing new left for putting in another season.

There was another rumor regarding the release of Sacred Games Season 3. However, Anurag Kashyap was quick at calling it fake. He further declared that there won’t be any Season 3 of Sacred Games. Well, we know, we are disappointed too.

Anurag Kashyap, the director of the web series took to Instagram, about the casting scam of Sacred Games 3. This happened in January 2022 when he wrote – “This man rajbeer_casting is a scamster. Pls, report him. There is no season 3 of Scared games happening. I am filing an FIR against this person (sic).” The post stands deleted as of now.

However with no concrete news, at this moment, it is safe to assume so. As we mentioned earlier, Netflix has the final say in this matter. But we have hopes considering its popularity that it will get a renewal.

What Will The Season 3 Plot Be About?

In season 2, it was found that Shahid shot Majid, though Majid and Sarjid had grabbed a weapon. There was a scene of a nuclear bomb in this season. Eventually, Sartaj identified the password. However, as the shots were cut out, the action of the bomb was not clear.

According to the Sacred Games season 3 update, the plot will begin from the point where the cliffhanger reveals the accuracy of the password. It is anticipated that the password will work successfully.

Let’s consider that the odds rule out, and we get a Sacred Games season 3. Then, our two main stars, Saif Ali Khan as Sartaj Singh and Nawazuddin Siddiqui as Ganesh Gaitonde, are definitely coming back. After all, Sacred games won’t be Sacred Games without this two, right?

The sad truth is that, even if the show returns, some of our favorite characters/cast won’t return. For example, Radhika Apte(playing officer Anjali Mathur) and Aamir Bashir(playing Majid Khan). They couldn’t survive the end of season 2.

While enjoying the Sacred Games with kids, parents have to be careful, as there are scenes of nudity and violence.

Sacred Games has won a high IMDb Rating from its fans. It has scored more than 8 out of 10. Especially, the episodes like Yayati and Ashwathama have become highly popular among the fans. A mysterious call from strangers and Sartaj’s race against time are some remarkable scenes of these episodes.

Where To Watch Sacred Games?

So, that’s all we have for now. We hope to meet you here soon if we get some good news worth sharing.

Oh, by the way, did you hear about our new Facebook Page? You might want to like our page to stay in touch with us. We promise it’s not at all depressing like our today’s article. The best upcoming Korean Dramas to watch out for in 2023-... 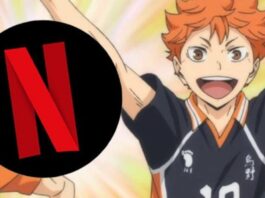 When is Haikyuu!! Final Movie coming on Netflix? Get all details... 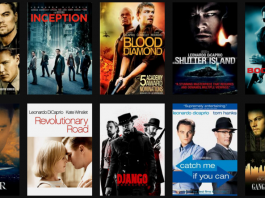